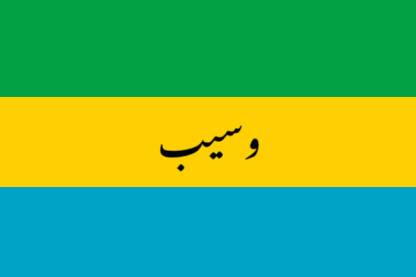 Waseb is an initiative of independent volunteers committed to culture and development of Saraiki region of Pakistan.

Saraiki is one of the most widely spoken languages in Pakistan and the first language of about 20 million people in the Subcontinent. It has rich culture and is the representative language of the Indus Valley Civilization.

According to official statistics (published by the CIA Factbook on Pakistan) the following is the ethnic composition of Pakistan: Punjabi 44.68%, Pashtun (Pathan) 15.42%, Sindhi 14.1%, Sariaki 8.38%, Muhajirs 7.57%, Balochi 3.57%, other 6.28%. There are, however, certain important definitional issues with the current census (e.g., the way Saraiki is treated as a part or dialect of Punjabi).

The main Saraiki speaking areas in the Punjab province are Multan, Bahawalpur, Dera Ghazi Khan and some parts of Sargodha division. Saraiki is also spoken widely in Sindh, Khyber Pakhtunkhwa (Dera Ismail Khan) and Balochistan provinces of Pakistan. It has many sweet dialects and is considered as the language of love.

A significant number of Saraiki people also reside in India, with most concentrated in the state of Punjab, Maharashtra and Gujarat. The Saraikis maintain that they have a separate language and culture, but their language is often viewed as a dialect of Sindhi or Punjabi. While the majority of Saraikis follow Islam, a few also follow Hinduism and Sikhism.

There are three colours in the Waseb logo denoting three key features of the region:

1. Blue colour represents water, highlighting the fact that the Indus River has an integral relationship with the Waseb region and the Saraiki people. The colour also denotes the peaceful and reconciliatory nature of the Saraiki people.

2. Yellow colour represents soil including desert which is a key feature of the Waseb. The colour also denotes the fact that the area is rich in mineral resources and solar energy.

3. Green colour represents agriculture which is the mainstay of the Waseb’s economy. The colour also represents the affiliation of the people of this region with the Sufi  tradition of Islam.