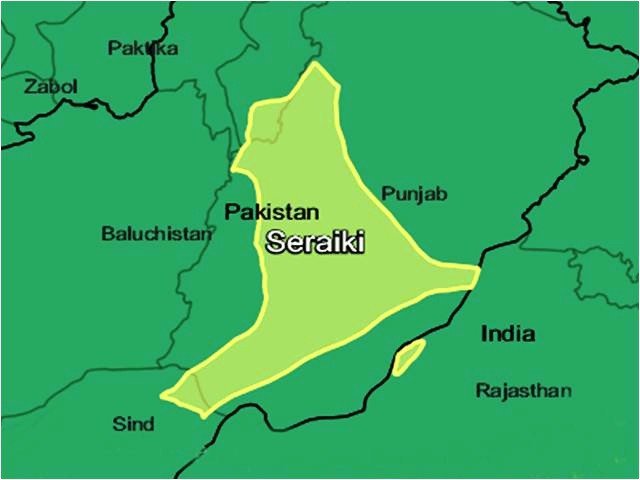 We know that Pakistan is an ethnically diverse society and such societies actually require a decentralised political arrangement. However, due to a strong centre primarily dominated by Punjab, there are widespread and mostly justified complaints from the smaller provinces.

The dominance of Punjab is springing from a host of possible reasons, which are: high population allowing it to dominate legislature; resource allocation mechanism which is based on

population, dominance in civil and military bureaucracy and promotion of “patriotic” nationalism and Islamic identity which are basically geared at ensuring a strong centre.

One of the major rationales often cited about Punjab’s ability to dominate is its extraordinary representation in armed forces. It is argued that since the army, both officer as well as lower cadre, is chiefly drawn from Punjab, it allows the province to enforce its hegemony over the smaller provinces. While there is no doubt that Punjab benefits more due to higher representation in the army, it remains to be seen whether the army is systematically and consciously working/conniving to ensure Punjab’s interests.

The key questions are: does the army systematically and, more importantly, intentionally safeguard Punjab’s interest or is the army merely protecting and promoting its institutional interests and Punjab due to its dominance in the army which gets “spill over” benefits?

In my personal opinion, Punjab’s dominance primarily springs from other reasons such as an unfair National Finance Commission (NFC) Award, excessive centralisation, ideological stress on promotion of political Islam and (only to some extent) from the armed forces.

There is absolutely no doubt that Punjab dominates the armed forces both in the jawan as well as officer cadre. The armed forces have a tremendous budget allocated to them (a huge portion of it is not quantified even though Miss Ayesha Siddiqua’s book does make a good attempt). Consequently, as a result, the benefits accruing to the army affect more Punjabi households than other provinces. And these benefits are extraordinary ranging from subsidised commercial plots, after retirement high profile civilian jobs to memberships at paltry rates to otherwise very expensive clubs.

However, a closer look would reveal that most of these benefits are actually accruing to three districts of Attock, Jhelum, and Rawalpindi. The high recruitment from these areas is a legacy of colonial times. Yes there’s also a spill over effect to other areas, but the economic benefits within Punjab are primarily restricted to these areas.

Secondly, even though it is true that Punjab’s higher representation allows the province more benefits, the army’s interests may or may not always be completely synonymous with Punjab’s interests. Yes, these may overlap at times but we need stronger evidence to conclude that the army is a non-elected political institution solely geared to ensure Punjab’s hegemony. Let’s not forget that the army has intervened twice to remove Nawaz Sharif, a Punjabi politician.

The first was a completely chaotic situation which held strong possibilities of a clash between the federal security and Punjab police (1993). The second time, the army moved to protect itself as an institution and deposed Nawaz Sharif after he had dismissed General Musharraf, who was a muhajir. Before the whole Musharraf drama occurred, Nawaz Sharif was actually trying to make peace with India. It is argued that the army staged Kargil to derail any form of peace process taking place at that time.

Musharraf’s coup is an interesting case as it took place when Musharraf was not even the chief, as he had already been dismissed. He had already been deposed therefore, there was no “official” obligation for the corps commanders to follow him. The majority of corps commanders who brought the coup were from Punjab and they moved to ensure the preservation of their institution’s privileged status and had no qualms in deposing Nawaz. For the army, its own interests reign supreme and these may or may not always coincide with that of Punjab and its civilian rulers.

Likewise, there have been claims that the army’s operations have targeted Karachi and tribal areas where as avoiding a similar kind of crackdown on Punjab. This on the surface is true, but in my opinion has less to do with protecting Punjabi interests and more due to ground realities and pragmatism. For example, let’s take Karachi. Karachi cannot be compared to any other city in Pakistan, let alone Punjab. It is extremely heterogeneous and also became ethnically charged over the years leading to high rate of politically motivated crimes.

Many criminals were, in fact, backed by political parties who, curiously, were in alliance with the government and yet fighting each other through proxies. The situation kept on deteriorating and yet it was simply not possible for the government to take action as doing so would either hurt its own interests ( if action was across the board) or further exacerbate the political divide (if targeted at MQM only). Controlling such a situation actually needed an “apolitical” force like the Rangers as the government would have been unable to do much.

Similarly in tribal areas, the problem was that the government had lost its writ and terrorists had virtually created a state within state by being in control of a territory. Although Punjabi Taliban also exist, the overall writ of the state is still intact and moreover Punjabi Taliban have also officially renounced violence. When the overall writ of state is intact (and militants are not in control of a territory) then operation takes a different form. That is why in Punjab the operation has been conducted in a more targeted manner and extremists like Malik Ishaq have been killed. Moreover some religious elements in Punjab, like Hafiz Saeed, do not pose a similar kind of threat to internal security which the Tehreek-e-Taliban Pakistan (TTP) did. The army’s reluctance to conduct larger action on the same pattern as of tribal areas may be motivated by these factors rather than protecting Punjab’s interests.

However, having said that, the army may not be always consciously safeguarding and promoting Punjab’s interest; its ideological orientation does have some effect. Ideologically, the armed forces are geared to hold up Islamic values as well as Pakistani nationalism in terms of their orientation and identity. This ideological orientation, designed chiefly to ensure internal cohesiveness and combating zeal, is also identical with the general state nurtured ideology which tries to negate ethnic plurality. So whenever the army is in direct power, its ideological thrust amalgamates with and, in fact, reinforces that of the broader state’s cultivated ideology. In fact that is why the armed forces are viewed as more ‘patriotic’ by a substantial chunk of the Punjabi middle-class as they appear to hold the same values as that of the latter.

Moreover, the centralised modus operandi of the army, though originally designed for military and professional purposes, gels well with the overall centralised state structure when the army is in power. Thus, it is small wonder that every military rule has seen a reinforcement of the centralised way of governance, which has managed to increase the ethnic rift during every rule.

Personally I think that the relationship between the army and Punjab’s dominance exists, but is somewhat murky to be conclusive with respect to causality. Dominance, even if attributed to Punjab’s high representation in the armed forces, is not always a result of their (armed forces) conscious efforts. Yes, there are times when the interests of the province and army will coincide, but the army does not consciously, at least most of the time, connive to promote Punjabi interests.

Yes, if we change the army’s composition it will ensure more benefits to other provinces, but may not change the centralised structure favouring Punjab. The over emphasis on population-based distribution of resources is diverting too many resources to Punjab’s advantage. The overall state structure with all its political institutions, elected and non-elected, are geared towards excessive centralisation both administratively and ideologically. This centralised structure is the major culprit and it has Punjab as its major beneficiary. Beneficiary parties, irrespective of their ethnicity, seldom give up privileges voluntarily.

The better way to wriggle out of this situation would be to decentralise, remove emphasis on promotion of political Islam and, yes, may be divide Punjab into smaller provinces. This is one of the reasons why I am all for a Saraiki province. In the NFC award, the percentage weightage of revenue collection and poverty has to increase.