In year 2004, while I was posted to Multan, a friend offered me to visit Fort Munro – though I had heard of the name of the place, but never thought of visiting it. When I discussed with my family and a friend, the readily agreed to take up the trip. So one fine morning, which is very rare in Multan owing to its ever rising mercury in summers, we packed our luggage and headed towards Dera Ghazi Khan as Fort Munro lies on Multan Quetta highway that passes through the Dera. The total distance from Multan is around 185 kilometers, while ahead of the Dera it is 85 kilometers through the treacherous windings and slopes of Suleiman mountain range. In fact Fort Munro is part of the Sulaiman Mountain range.

The range is located in central Pakistan, extending southward about 280 miles (450 km) from the Gumal Pass to just north of Jacobabad, separating the North-West Frontier Province and Punjab from Balochistan. Its heights gradually decrease toward the south, with summits averaging 6,000–7,000 feet, the highest being the twin peaks (30 miles from the Gumal Pass) called Takht-i Sulaiman, or Solomon’s Throne, which legend connects with King Solomon’s visit to Pakistan; the higher of the peaks, at 18,481 feet (5,633 m), is the site of a Muslim Ziyarat (shrine) visited annually by many pilgrims. The range’s eastern face dips steeply to the Indus River, but on the west the range declines more gradually. Juniper and edible pines abound in the north and olives in the centre, but vegetation is scarce in the south. The Ghat, Zao, Chuhar Khel Dhana, and Sakhi Sarwar are the principal passes in the north. In the south, west of Dera Ghazi Khan, lies the hill station of Fort Munro.

We crossed over the Indus and then we could see hills appearing on the horizon – the height seemed scary but we continued. From Punjab, the mountain range starts near Rakhni, a border-post between Balochistan and Punjab. From Rakhni onwards, the scenery changes from flat plains to the winding mountain range. As we started ascending the heights, freshness and change of mood of the otherwise hostile weather could be easily felt. In those days, the then single road was being widened and we had to stop at many a places since the road used be blocked for blasting of the mountain sides. The thunder and roar of the blasts reverberated so loudly that it was almost deafening. We could see rocks falling down into the ravines and when the stoned rocks hit the others, it gave visible sparks. We stopped, moved and stopped many a times till we finally reached the summit and steered towards Fort Munro.

Fort Munro located at a height of 6,470 feet above sea level. Fort Munro was originally known as Anari Mool, Balochi language words meaning hilltop with Pomegranate trees. The term ‘fort’ seemed somewhat exaggerated to me since the town looks more like a peaceful hill resort with gardens and orchards rather than a military outpost. The town was founded by Sir Robert Sandeman in the later part of the 19th century and named Fort Munro after Colonel Munro who was commissioner of the Derajat Division. The people of Fort Munroe are nomads mainly. They are usually bilingual speaking Balochi (called as Sulemani here) and Saraiki. Nurr is a traditional form of music and Jhumar is a traditional dance of the area. Leghari tribe is the main tribe of area – one of the ex presidents of Pakistan Mr Farooq Ahmed Laghari also belongs to the same area/tribe. The tribal area conceded to Punjab in 1950 under an agreement between the Pakistan government and eight of the prominent Tumanders. The names of the Tumanders who signed the agreement are written on the monumental slab standing near the old commissioner house.

We were greeted by the representatives of our host, the Tehsil Nazim of the area, and were taken to a 19th century built rest house atop the hill just next to the place where once Sir Sandeman had rested. and it really made us thank our host as one different places, multi-coloured banners were displayed welcoming us “Welcome our distinguished guests to Fort Munro”. The small little town rests atop the hill feature over looking the entire valley. The old British day buildings still stand majestically, one is being used by the political agent (PA) and the other is being used as a guest house (where we stayed). In the lawn adjacent to the guest house is a small grave yard which has graves of families of the British officers who died during their stay here. Many tribal chiefs of Balochistan and a few government officials have summer residences here, but it’s more or less empty in winter.

Fort Munro is obscured as a real tourist resort of the Southern Punjab, and isn’t as famous as Murree near Islamabad for it being quite far off from Multan amid difficult mountains. However it still manages to attract a number of tourists every year, particularly those who wish to escape from hot plains of southern Punjab to enjoy mild and pleasant weather for a day or two. The Punjab Government has planned a Rs735 million cable car system and allied facilities project (but seems to have been delayed due shortage of funds). The cable car would start from Khar, a small settlement at the foot of Fort Munro, and go up to Fort Munro after a stopover at TDCP motel. TDCP resort offers excellent boating on the Damis Lake – which covered with huge trees is a fantastic place to rest under its tall green trees.
We stayed at the place for four days and moved about the area to enjoy the calm and peaceful tranquility of the lush green country side. The places to visit beside the Damis Lake include Ganji Pahari and Trimon Fall – a magical fall in mountains. The water, really cold, falls into a bowl cut out from stone. We were told by our guide that one sufi saint named Ali Muhammad Laghari made this bowl for people to drink water. Water droplets tricke down on the small narrow path on a number of places and give a feeling of light drizzle.

After a memorable stay of about four days, we returned to Multan – but memories of stay at Fort Munro would remain afresh in my memories for years as there is no place like it in the otherwise hostile weather environs of Punjab and Balochistan.

While doing research over the history of Fort Munro, I came across a rare perspective overview of Kher Fort Munro composed in 1899. A classic remembrance of how the place looked like then. 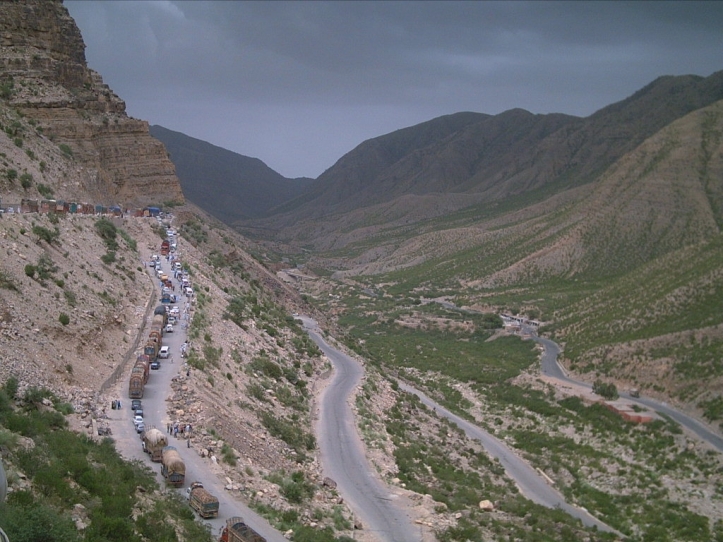 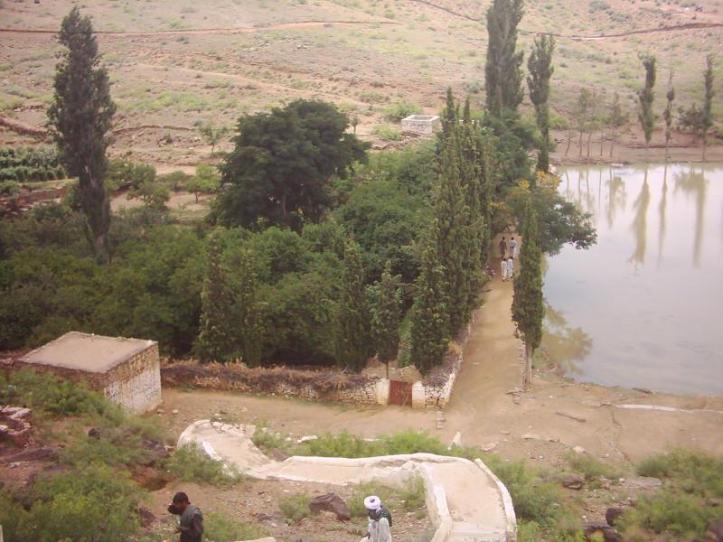 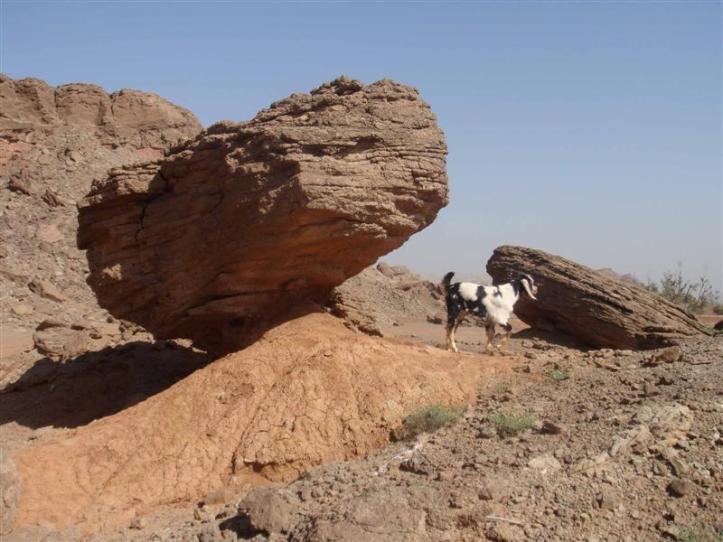 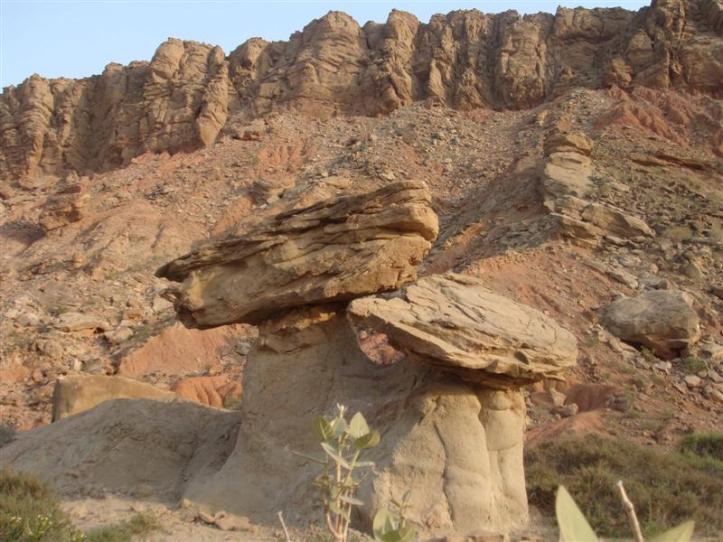 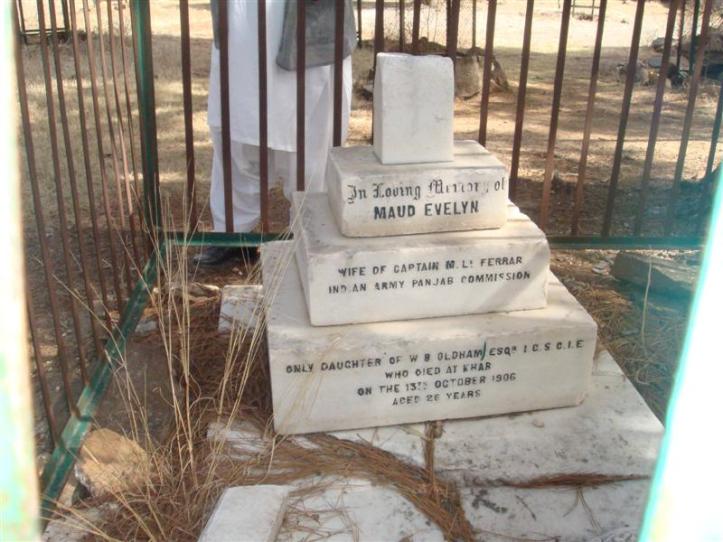 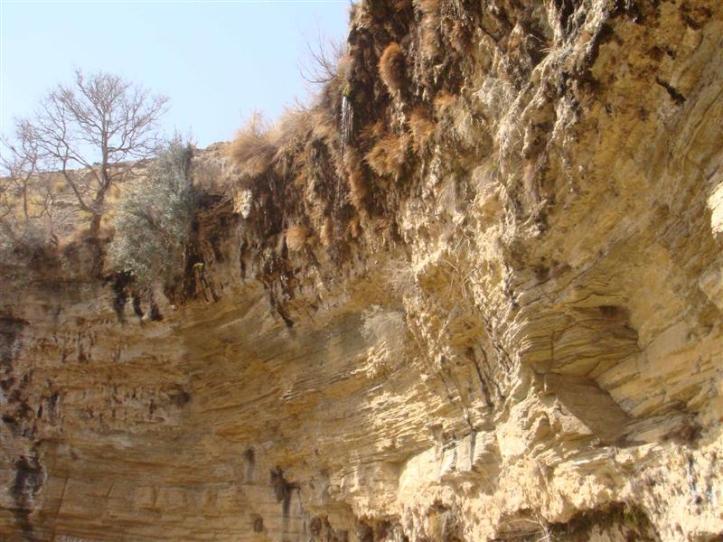 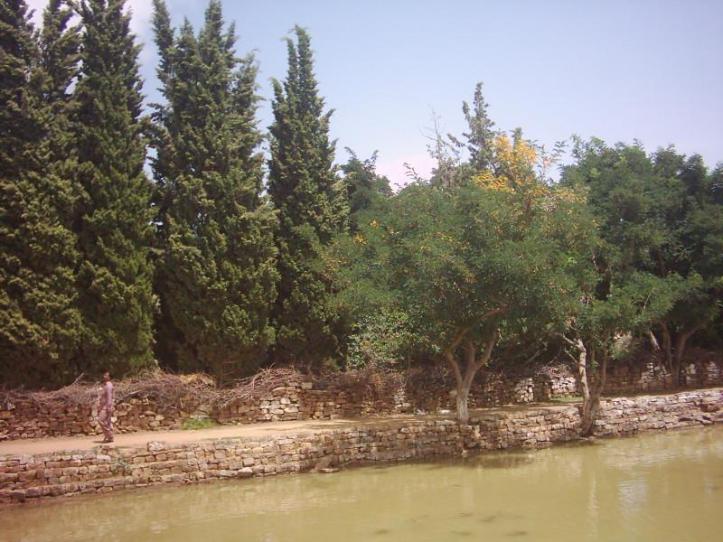 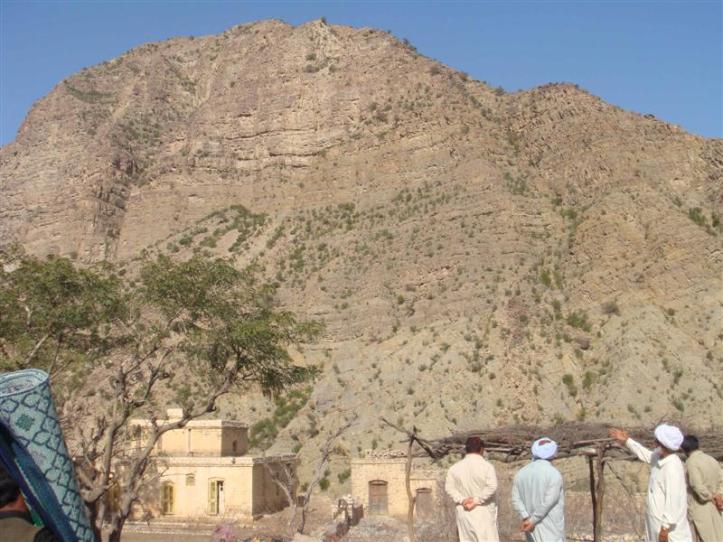 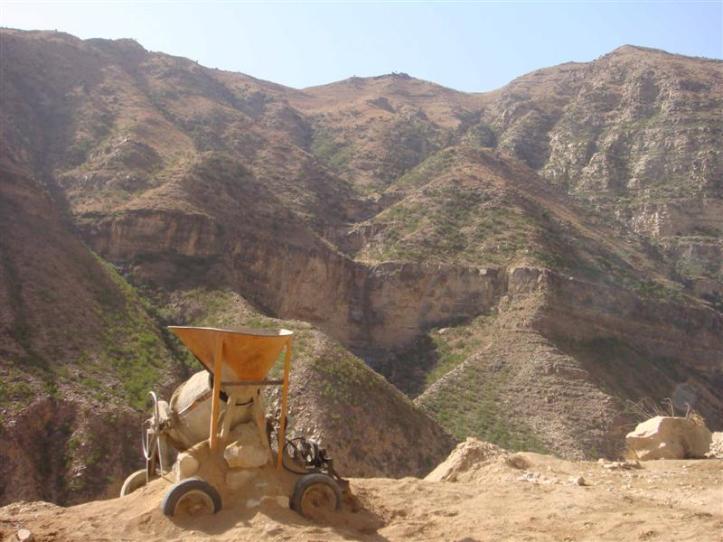 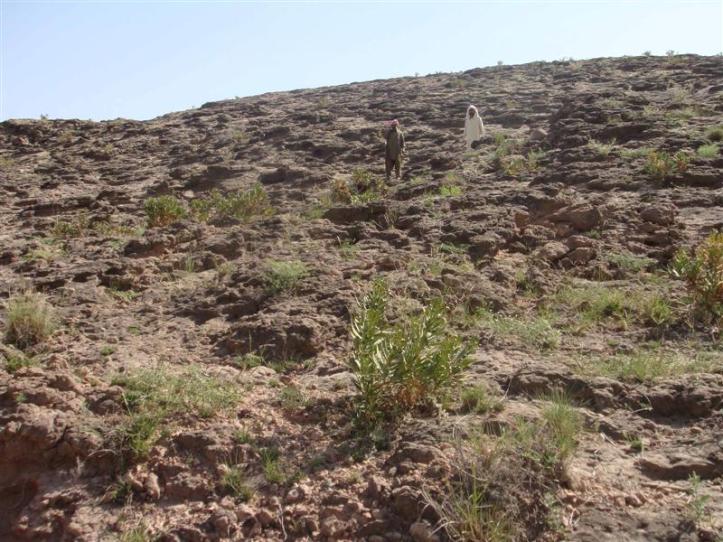 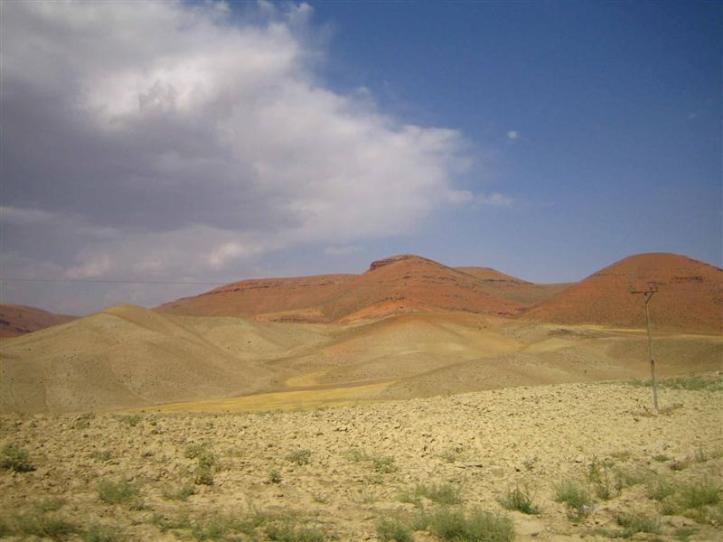 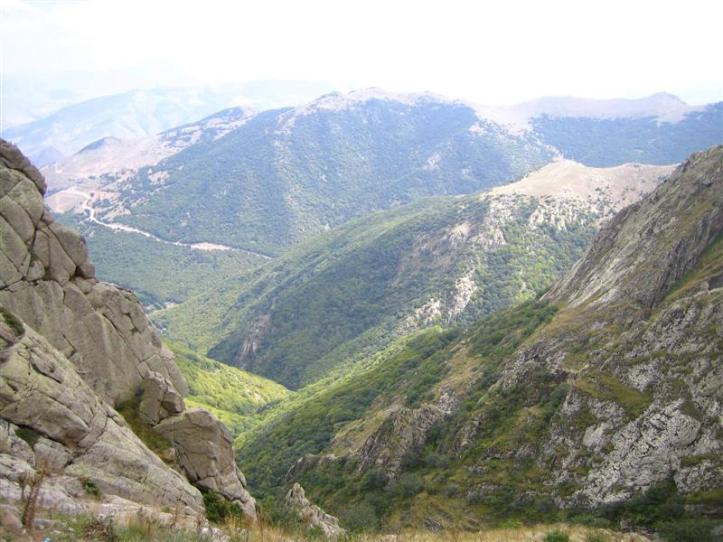