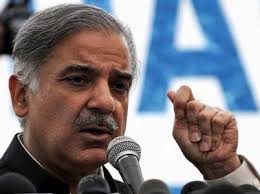 SENIOR Adviser to Punjab CM Sardar Zulfiqar Ali Khan Khosa has said that development schemes worth Rs 135 billion are being completed in South Punjab and these are in addition to annual development programme and projects being executed in collaboration with the federal government.

Addressing a press conference at the Chief Minister’s Secretariat, the adviser said that some of these schemes would be completed this year and others by the next year. He said medical colleges were being built in DG Khan, Sahiwal and Bahawalpur, and each medical college will cost between Rs 1.75 billion and Rs 2.5 billion. He said some elements were trying to gain political mileage by raising the issue that only Rs 5 billion had been allocated for development projects in South Punjab. These elements, who could never get more than a few hundred votes, were also raising the issue of Seraiki province, he said. He said medical colleges were also being set up in Sialkot and Gujranwala. He said if the government of the PML-N was given a chance to complete its term, development projects initiated in Khushab and Mianwali will also be completed which will help alleviate poverty.

Khosa said he did not support creation of a province on linguistic grounds, and if there was a need to set up more administrative units, the constitution method should be followed.

On a question, he said Seraiki was a language spoken in parts of South Punjab, Sindh and NWFP, and ethnic groups such as Syeds, Balochs, Gujjars, etc also lived in South Punjab. He said Muhammad Ali Durrani is raising slogans for the creation of a separate province in Bahawalpur after his party was routed in elections and Pervez Musharraf left the country. He said PML-N Quaid Nawaz Sharif had already said that new provinces could be created on the demand of the people, but this could be done constitutionally.