Say no to violence against women: Awareness campaign in South Punjab

UNIFEM Pakistan has supported 8 NGOs in carrying out activities around the 16 days of activism against gender violence across the country. One of these is the Pakistan Human Development Foundation (PHDF), which organised awareness campaign for the 16 Days of Activism against Gender Violence in South Punjab Province from 25th November 2009. This brought positive changes among village communities particularly where women and girls are not allowed in public space. Preparatory meeting with the village leaders and subsequent separate talk sessions with men and women groups eventually brought both parties to sit together watching theatre performance PHDF organised.

This was a huge challenge to PHDF: the community members, both men and women, have very conservative ideas about rights and freedom of women. They considered women seeing men and vice versa, as harm to their dignity and respect. The team had to obtain permission from men for their wives and daughters to come out from home, attending the meeting and watching theatre, as well from the women themselves. The female audience was sceptical and having initially turned down the meeting and the theatre performance, gradually showed their interest and keenness in listening to the talks about women’s rights in the light of Islam. As the discussion extended, they began to share their problem: for example, marriage without consent is a common practice and they themselves had never demanded for their rights in that regard. Women decided not to miss in the future the rare opportunity to watch theatre performance in the end.

The team’s follow-up visit found out a lady councillor attending a monthly union council meeting for the first time in five years, due to her husband, a village leader and a Kisan (Farmer) Councillor, lack of permission. Another achievement of the awareness campaign observed was the meeting saved a matriculate girl from a marriage with her cousin, which the parents planned without her consent in January 2010, and paved the way for her to continue her study as she wished. Back at home after the meeting both the girl and her mother attended, the girl’s mother persuaded her father to ask his daughter’s opinion about the marriage; and the girl bravely expressed her feeling and her wish for study.

For more information or any questions, contact PHDF at phdfpakistan [at] yahoo.com 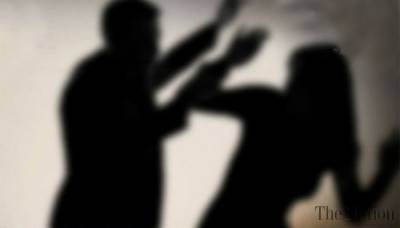