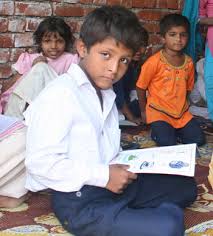 Background: At the present time, the epidemiology of the childhood asthma is of considerable interest.There is an understandable concern that changes in the geographical area, lifestyle, and environment. Thisstudy was conducted to find the prevalence of nocturnal asthma, in school children of south Punjab,Pakistan.

Methods: It was a cross sectional, questionnaire based, descriptive survey of the children aged3–18 years, in randomly selected primary and secondary schools, from October 2002 to March 2003. Thedata was analysed with Statistical Analysis System (SAS).

Conclusion: The asthma is taken as a stigma in oursociety and as such is not reported or disclosed rather denied. An extensive educational media campaign isrequired for awareness of the masses.Keywords: Childhood asthma, Nocturnal asthma, Pakistan.

At the present time, the epidemiology of the childhoodasthma is of considerable interest and concern to all,dealing with it, because of an increase in the use of healthservices1 for asthma, a possible increase in its prevalence2,3and severity4. There is an understandable concern thatchanges in the geographical area5, lifestyle,6–,9andenvironment10–12 may be having an adverse effect on itsincidence, prognosis and severity13. Night time awakening is a commonsymptom in asthmatic children.14 The children withnocturnal awakenings also had demonstrated anincreased number of days of school missed, increasedsymptom severity and an increased use of relievermedications. The parents of the children withnocturnal asthma had an increased frequency ofmissed work days.15The nocturnal asthma isassociated with increased asthma severity16, butseveral well controlled studies have argued thatnocturnal asthma may be a distinct entity17. Whetheror not nocturnal asthma may be a distinct entity, theclinical association among gastro-oesophageal refluxdisease18, increased morbidity19, obesity20, andimpairment in psychometric and quality of life indexes15, for the child & parents, are clear and theyprovide a compelling rationale for a comprehensivestudy of this disorder.In Pakistan the existing studies do notprovide adequate information about the epidemiology of nocturnal asthma in children and there remains an important gap in our knowledge of its descriptive epidemiology.2,6,21,22We have tried to focus the epidemiology of nocturnal asthma in children of the south Punjab (centralPakistan). This opportunity arose from two initiatives: first,a desire to know the epidemiological variables of asthma inthe ‘central Pakistan’ (south Punjab) and second,development of a questionnaire for the epidemiologicalstudy of asthma in school children of this area. In thisquestionnaire, we also asked if the child had episodes ofdry cough at night when there was no flu or cold, duringthe last one year. We made the diagnosis of nocturnalasthma on a parent/caregiver’s positive response to thisquestion. This is one of the standard methods and has beenemployed worldwide in various studies.9,13 The resultantstudy, being reported, describes the prevalence of nocturnalasthma in various groups of the school children of thecentral Pakistan. MATERIAL &

It is a cross sectional, questionnaire based, descriptivesurvey of the children aged 3–18 years, in randomlyselected primary and secondary schools, from October2002 to March 2003. We obtained school lists from theDepartment of Education in the District Multan of thePunjab, Pakistan. The list was used as a sampling frameof the schools that included all the socioeconomic andgeographical strata of the society. The total number ofstudents studying in government and private schoolswere approximately 258,000. With a power of 99% anda confidence interval of 2.5, a sample size of 2635 wascalculated to be sufficient to be representative of thetarget population. A total of 6120 questionnaire weresent to the parents/guardians and we received 3180 backwith an average response rate of 52%.

At first stage we randomly selected 9 schools torepresent each socioeconomic and geographical categoryof schools of the region. The socioeconomic groups weredefined by the level of school fee that the parents wereaffording for a particular school. Stratified randomsampling with proportional allocation was used for thispurpose. The questionnaires were sent to the selectedschools proportional to their enrolment, i.e., proportionalallocation was used again. The individual respondentswithin a school were selected using stratified randomsampling where due consideration was given to genderand age/class. Before distributing the questionnaire, theteachers and students were told about the objectives of thestudy and a need to bring the questionnaire back afterduly filled. As the initial response rate was very poor sowe had to pursue the parents through class teachers forcooperation in the larger interest of the community. Alsowe gave reminders to the parents through the teachers.Few of the children lost or tore the questionnaires and wehad to issue the new ones to take home and get themcompleted by the parents/guardians. The efforts reallybrought fruit with a response rate of 52%.We modified the International Study of Asthma& Allergies in Childhood (ISAAC) protocol to conductthis cross-sectional, school-based survey of schoolchildren. The ISAAC was a multinational collaborativeproject developed to investigate variations in childhoodasthma and allergies at the population level.2,3,6 Our studyprotocol was approved by the Institutional Review Boardof our hospital, and it complied with the principlesoutlined in the Helsinki Declaration. The questionnairewas taken home by the students and answered by theparents or the guardians. The definition of ‘nocturnalasthma’ used in this study was determined by a positiveresponse to the question, ‘In the last 1 year, has yourchild had a bout of dry cough at night when there wasno flu or cold?’ The question was also translated in locallanguage and was validated by the reverse translation.The parents or the guardians had the choice to answer ineither language.The data obtained was entered and thencleaned for removing possible typing-in errors and toensure the internal consistency of the data. The data thenwas analysed with Statistical Analysis System (SAS). RESULTS Of the 3180 respondents, 1767 (56%) were for boysand 1413 (44%) were for girls. The median age ofstudents was 8.25 years while average age was 9.04years. Around 71% of children were between 4 to 11years of age. The parents reported nocturnal asthmaonly in 177 (6%) of their children without any genderpredominance, i.e., 3% in each. Of the 177 reportedchildren with nocturnal asthma, 56% were boys and44% were girls. Of the 1767 boys and 1413 girls, thenocturnal asthma was reported by parents in 6% each(99 and 78 respectively). The nocturnal asthma reported in males andfemales of all age groups is not very much different. Thesignificant point is that the parents of 14–18 years agegroup of girls have denied any nocturnal asthma in theirchildren (Table-1). They have rather not liked even torespond to the questionnaire or were hesitant to do so as isevident by the one third of the response in comparison tothe boys in this age groups. The response rate in other agegroups was comparable for boys and girls.The intra age group percentage of thechildren that were reported to have nocturnal asthmain the last one year is comparable (around 7%) in allage groups except 7–9 years age where it is low(3%). Also boys are affected more than girls in 9–11years age group (5% vs 3%).

function in a healthy individual varies in acircadian rhythm, with peak lung function occurring near4:00 PM and minimal lung function occurring near 4:00AM. An episode of nocturnal asthma is characterized by anexaggeration in this normal variation in lung function fromdaytime to night-time, with diurnal changes in pulmonaryfunction generally of >15%.27Nocturnal asthma is recognized as an indicator ofuncontrolled asthma, but it also has important effects onquality-of-life (QOL) and psychometric indexes. A studyby Diette et al15 at Johns Hopkins University of 400asthmatic children and their parents demonstrated that 40%of children had experienced night-time awakening withinthe previous 4 weeks. Moreover, those children withnocturnal awakenings also had demonstrated an increasednumber of days of school missed, increased symptomseverity, and an increased use of reliever medications. Inaddition, the parents of these children with nocturnalasthma had an increased frequency of missed work days.Thus, nocturnal asthma impacts the QOL of both thepatients and their families having a clinical importance. Anearlier study by Weersink et al17 made related observations.More than 40 asthmatic subjects underwent psychometrictesting before and after randomized treatment with inhaledfluticasone, inhaled salmeterol, or a combination of the twoagents. At baseline, asthmatic subjects demonstrated avariety of psychometric abnormalities compared to acontrol group. However, each treatment strategy wasassociated with an improvement in psychometric indices(to the normal range of findings) and an improvement inpulmonary function. No differences among the threestrategies were observed for the outcomes measured. Thesedata provide yet another important rationale for identifyingand treating nocturnal asthma.There are data emerging from the literaturesuggesting that the diurnal variation in lung function, andperhaps in the occurrence of nocturnal asthma, may beage-related.28 Studies of asthmatic children who ranged inage from 8 to 13 years demonstrated minimal diurnalvariation in respiratory system compliance and resistance,and suggested that the frequency of significant diurnalvariation is only about one third. Furthermore, themagnitude of the changes was relatively small (20%).These data suggest that age, independent of asthmaseverity, may be an important determinant of theprevalence of nocturnal asthma.6,29The mechanisms by which nocturnal asthmadevelops remain unclear and may vary from patient topatient. Mechanisms suggested to be related to developmentof night time symptoms are listed in Table-2.29

Table-2: Postulated Mechanisms of Nocturnal Asthma ▪ Airway cooling▪ Allergen exposure▪ Gastroesophageal reflux▪ Obesity▪ Increased tissue inflammation▪ Decreased plasma epinephrine▪ Decreased plasma cortisol▪ Increased circulating eosinophils▪ Increased cholinergic tone▪ Polymorphisms of adrenergicreceptor Newer data have shed light on physiologic andimmunologic mechanisms that underlie the nocturnaldevelopment of airway obstruction. It remainscontroversial whether nocturnal asthma is a distinct entityor is a manifestation of more severe asthma. The currentdata do not resolve these two alternatives, as well-controlled studies have reached opposite conclusions.29–31Thus, although the literature does not at presentdistinguish between nocturnal asthma as distinct entity vs.a marker of severity, it is clear that asthmatic subjectswith more severe asthma also may have a prominentnocturnal component to their disease. According to current US guidelines32, nocturnalsymptoms of asthma occurring more often than onceweekly may indicate inadequate control of asthma.Because most patients with nocturnal asthma havesymptoms at least this frequently, it follows that mostpatients with nocturnal asthma have persistent asthma ofmoderate or severe levels of severity, as determined bythe guidelines. Furthermore, the preferred treatment forpersistent asthma of these levels of severity is inhaledcorticosteroids. Thus, most patients with clinicallyimportant nocturnal asthma should probably be receivingan inhaled steroid as the primary controller agent.Finally, newer data suggest that many availableasthma treatments can improve nocturnal asthmasymptoms.14 Head-to-head comparisons now suggest thattreatment with inhaled corticosteroids, followed by long-acting bronchodilators if needed, can reduce considerablythe symptoms and consequences of nocturnal asthma.Our cross-sectional modified ISSACquestionnaire survey of 3–18 years old school childrenabout nocturnal asthma was part of a broader survey thatwas looking into the epidemiology of asthma in childrenin the ‘central part’ (south Punjab) of Pakistan. The aimof one question in our study was to know the prevalenceof nocturnal asthma in a school based sample of primaryand secondary school children. The gender analysis does not revealsusceptibility for boys that have been a case in manyreported studies from outside the Pakistan33,34 except for9–11 years age group. The parents have denied the presence ofnocturnal asthma in the adolescent girls. This is anunderstandable and expected response. The asthma is takenas a stigma in our society.21 As the community is not wellaware of this disease so such a diagnosis lowers thechances for a female to receive a good proposal formarriage. The parents of girls in this age group have shownminimal interest to respond even, though the response wascomparable in other age groups for boys and girls. CONCLUSION We suggest, to doctors dealing with asthmatic childrenthat answer to question: “In the last 1 year, has your childhad a bout of dry cough at night when there was no flu or

must be sought. This may be more meaningful inthe context of our society as they usually deny thediagnosis of asthma. This is especially important in caseof female adolescent children. There is also a need to planstudies that can objectively do lung function tests inchildren and validate and correlate the parental reports ofsymptoms of asthma.