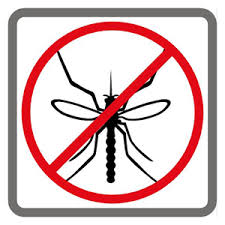 ABSTRACT
Abstract. As part of investigations on potential linkages between irrigation and malaria transmission, all surface water bodies in and around three villages along an irrigation distributary in South Punjab, Pakistan, were surveyed for anopheline mosquito larvae (Diptera: Culicidae) from April 1999 to March 2000. Samples were characterized according to exposure to sunlight, substratum, presence of vegetation, fauna, inorganic matter and physical water condition (clear/turbid/foul). Also water temperature, dissolved oxygen (DO), electroconductivity (EC) and pH of sites were recorded. A total of 37 982 Anopheles larvae of six morphological types were collected from 2992 samples taken from irrigation/agricultural and village/domestic aquatic habitats. Anopheles subpictus Grassi sensu lato was by far the most abundant (74.3%), followed by An. culicifacies Giles s.l. (4.1%), An. stephensi Liston s.l. (2.6%), An. pulcherrimus Theobald (1.8%), An. peditaeniatus Leicester (0.3%) and An. nigerrimus Giles (0.1%). The four most abundant species were significantly associated with waterlogged fields and communal village drinking-water tanks. Habitat characteristics most correlated with occurrence of anophelines were the physical water condition and the absence/presence of fauna, particularly predators. Occurrence and abundance of Anopheles immatures were not significantly correlated with water temperature, DO, EC or pH. Malaria vectors of the Anopheles culicifacies complex occurred at relatively low densities, mainly in irrigated and waterlogged fields. In South Punjab, where rainfall is very low, it should be possible to reduce anopheline breeding through water management, as larvae develop mainly in water bodies that are directly or indirectly related to the extensive canal-irrigation system.