MOHAMMAD Ali Durrani, the former information minister, recently went public with his plan to struggle for an independent Bahawalpur province. One can simply dismiss his views as an extension of the old Seraiki movement which people have heard about for very long.
This time round, however, the idea has been floated by a man reputed for his deep connections with the establishment. The timing of the proposed movement also raises questions about what may happen in that part of the country.
The former minister’s reasons for starting the movement are quite logical. He is of the view that when Bahawalpur was merged into the One-Unit in 1955, the State of Pakistan had stipulated that the princely state would revert to its original status if the One-Unit were dissolved. Durrani believes that not only did the State of Pakistan go back on its promise, it failed to invest in the socioeconomic development of Bahawalpur. Resultantly, there is a lot of poverty and underdevelopment in the region.
What he did not mention was that land in Cholistan, Bahawalpur’s desert area, is routinely distributed to people from outside the area, especially military and civil bureaucrats. Also, since Bahawalpur does not fall into the Punjab (rural) civil services or military quota, there are fewer people from the region in the state bureaucracy.
Durrani’s feeling for the area may not be doubted because he belongs to Ahmedpur, a city in district Bahawalpur. However, one would certainly like to ask the minister if he felt this way while he was part of the previous government and in a position to do things for the region. Did he ever ensure that his party, the PML-Q, make plans for the area? After all, Q-League stalwarts such as Ejazul Haq and Chaudhry Pervaiz Elahi contest elections from Bahawalpur division. Or did he ever present a vision for the government to go beyond the construction of an airport, a medical college and a university? Most of the public buildings in Bahawalpur – the central library, its only hospital and others – are a gift of the old nawab.
There is a possibility that Durrani might have tired of waiting for Pervez Musharraf to return to politics and assign some task or important office to his former information minister. Let’s not forget that there are many prominent people from the former State of Bahawalpur who, like Durrani, belong to the local elite and have participated in politics at the provincial and local levels. Makhdoom Shahabuddin, Makhdoom Altaf, Makhdoom Khusro Bakhtiar, Makhdoom Ahmed Alam Anwar, Makhdoom Hassan Mehmood and his sons, Tasneem Nawaz Gardezi and Riaz Pirzada are some of the luminaries of Bahawalpur who have held positions in successive governments.
So it is quite pathetic to argue that these people could not convince the establishment of which they were a part to invest in social development in their region. Not only have these Makhdooms ignored the development of their areas, some are also known for keeping up the archaic tradition of not marrying off their sisters and daughters to keep the family wealth at home. The family of the Makhdooms of Rahimyar Khan is known for this. The airports built at two sites, namely Bahawalpur and Rahimyar Khan, are gifts from the sheikhs of Dubai and Abu Dhabi. In return, Pakistani governments award huge concessions like turning state land into private hunting grounds for these foreign dignitaries.
Yet another possibility is that a movement for an independent province is meant to mask all other socio-political activities in the region so that these might go unnoticed by the rest of the country and the world at large. This refers to the various militant organisations that continue to operate in Bahawalpur division. Although the provincial and central governments are trying their best to constrain these militant outfits, there is no clear plan of action for cleaning up the area. A total elimination of these organisations becomes difficult due to the lack of clarity or a strategy regarding militancy.
Either the central or the provincial government has come up with the brilliant idea of supporting the Barelvi movement, including its armed wing, which means that the area could suffer the way Karachi has through the conflict between the MQM and MQM-Haqiqi. And now there is this mention of a political movement that has no real support at the local level but carries the potential of creating mayhem in the medium to long term. The resulting confusion ought to leave all observers fogged.
It is true that the average Bahawalpuri talks nostalgically about the glory days of the princely state, but the fact of the matter is that the majority are no longer stuck in the past. Consequently, the family of the former nawab of Bahawalpur, which ordinary people still respect, can no longer hope to get all the votes in elections. There are new power networks and groups that have diluted the memory of the state.
For instance, the development work done by District Nazim Tariq Bashir Cheema has strengthened his control rather than that of the traditional power centres. He focused on tehsil Yazman, his personal area of interest, to procure political support for the future. Similarly, there are many other new faces that win support on the basis of services provided to constituents.

A political movement for an independent status could only be built if funded from unexplained sources. If such a movement did manage to take off, it would create such chaos that the other divisive elements which have been systematically planted in the area would be forgotten. The strategy might prove beneficial if the intention is to hide those elements and forces that have a greater impact on peace and stability in the region.
Genuine empowerment of the area will only come through greater development work and a fair distribution of resources. In any case, such a movement will only multiply existing problems rather than solve issues to the benefit of the people. Thus if Mr Durrani really wants to do something for his place of birth, he would be better off talking about improving governance, ensuring the rule of law and eliminating the terror outfits that could destroy the rich culture of Bahawalpur.
Perhaps he could start with his own accountability and a sincere assessment of the area he calls home.
The writer is an independent strategic and political analyst. Email: ayesha.ibd@gmail.com 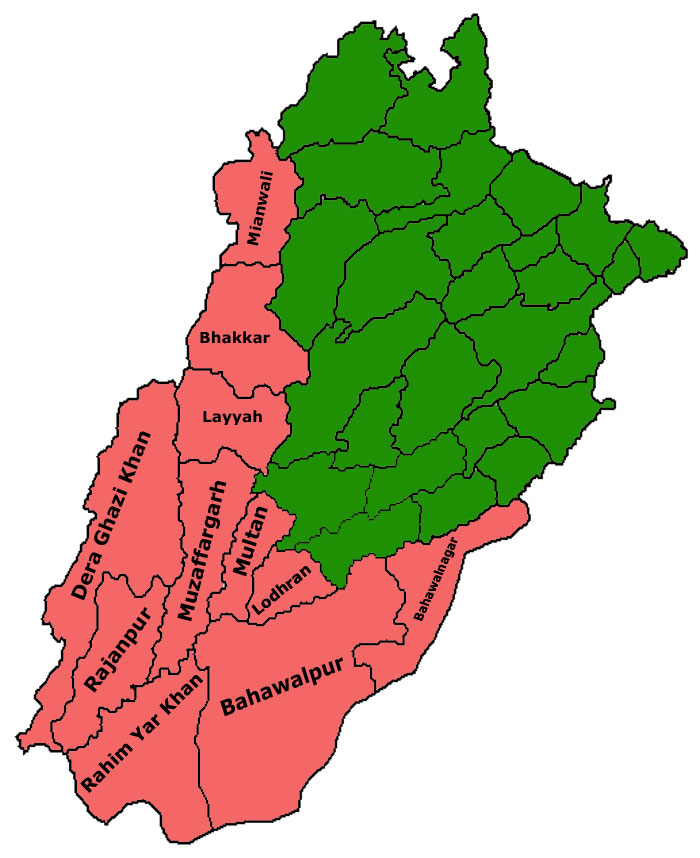