Poverty and underdevelopment – by Safiya Aftab

Discussions on sub-national disparities were taboo in official circles in Pakistan in the 1950s and 1960s for obvious reasons. The secession of East Pakistan in 1971 should have taught policy-makers an important lesson – that sweeping such issues under the carpet is not a good idea in the long run. On the contrary, that debacle reinforced apprehensions amongst the civil and military establishment about the use of data and information in general and sub-national data in particular. To this day, Pakistan’s GDP is calculated as a national aggregate, with no official indication of how and to what extent different provinces contribute to the total. This is a glaring anomaly for a measure that is designed to be calculated using a “bottom up” process, for what is the GDP except an aggregation of the value added of production from the first stage of the productive process?
Socio-economic indicators (pertaining to education, health, water supply and sanitation) fare somewhat better in that data disaggregated by province is published at regular intervals, most notably in the Pakistan Social and Living Standards Measurement Survey (PSLM), issued by the Federal Bureau of Statistics. Two out of five PSLMs published since 2002-03, including the survey of 2006-07, contain estimates of district level socio-economic indicators. There is a wealth of information in it, both for the students of Pakistan’s economy and its politics.

In broad terms, Punjab is legitimately considered to be the richest province in Pakistan. It purports to have the highest per capita income and socio-economic indicators that are, for the most part, higher than the national average. But district level data reveals that parts of southern Punjab are closer to Sindh and Balochistan in terms of poverty-related characteristics as compared to the northern belt of the same province. Estimates of caloric poverty prepared by the World Food Program in 2003 put poverty incidence in Rajanpur, Muzaffargarh, Dera Ghazi Khan and Multan at over 45 percent, comparable to four districts in Sindh, and worse off than all districts in NWFP. In fact, these districts compared unfavorably in terms of poverty incidence to the irrigated districts of Balochistan. The Human Development Index (HDI) prepared by UNDP in 2003 similarly placed Muzaffargarh almost at par with Jaffarabad in Balochistan, and Dera Ghazi Khan close to Chaghi. On the other hand, almost 60 percent of the districts featuring in the top one-third of ranked districts lay in north or central Punjab.

A quick review of the 2006-07 PSLM district data on socio-economic indicators shows similar results for southern and even some districts of western Punjab. For example, the gross enrolment rate in Rajanpur was 65 percent, while in Bahawalpur it was estimated at 68 percent. Estimates for the western districts of Okara, Lodhran and Vehari were only slightly better. As such, these districts were comparable to most of northern and central Sindh, to Balochistan, and were worse off than most of NWFP (where only Kohistan and Shangla had similar GERs). Health, water supply and sanitation indicators show similar patterns.

The patterns are disturbing when analyzed in conjunction with the generally favorable status of the northern Punjab belt stretching from Rawalpindi to Lahore, and including the semi-industrialized districts of Gujrat, Gujranwala, and Sialkot amongst others. Thus it would appear that not only are parts of Punjab desperately poor and significantly under-serviced, but that income disparities in the province are of the same order of magnitude as the disparity found in Sindh when Karachi and its environs are compared to the rest of that province.

Granted that the ethnic mix in Sindh adds to the tensions there, but there is no denying that the stark income and consumption differentials in Sindh have had a very negative political fallout and have nourished at least one (and possibly two, if the Jinnahpur controversy is to be believed) fledgling separatist movements. In any event, severe inequality within an administrative unit is not desirable, and successive governments in Punjab have acknowledged that the fruits of Punjab’s development have not reached the Saraiki belt or some of the western and central regions of the province. The question is, what is the government doing to alleviate the intra-provincial disparities?

The obvious source for the answer is the provincial budget, and in particular the Annual Development Plan (ADP), which constitutes the part of the budget where the government allocates funding for new development schemes, and spells out its development objectives. The budget presented in June last year includes a pitch for “balanced and equitable growth, with particular focus on Southern Punjab” (see page 52 of the White Paper 2009-10). The ADP for 2009-10 included a Rs. 5 billion program for the development of southern Punjab, including integrated rural development programs and the development of infrastructure in Cholistan. In addition, Rs. 1.4 billion were allocated for an “economic opportunities program” for four districts in the South.

But in the year since the ADP was announced, it has become increasingly apparent that the flagship programs of the government are those concerned with urban development, including plans for development of large cities to make them “engines of growth,” and what is known as “special infrastructure.” Thus the schemes that are making the headlines are the Lahore Ring Road, the Lahore Rapid Mass Transit System and the Lahore-Sialkot Motorway. According to some newspaper reports, the southern Punjab Development Program had received less than Rs. 200 million in financing almost nine months into the fiscal year, while the economic opportunities program which is being funded by DFID is still at the planning stage. To the extent that the Government of Punjab’s subsidization binge will allow any meaningful implementation of the ADP, it appears that it is the big-ticket, high visibility items such as the special infrastructure schemes that will get the bulk of the available funding.

The long term political fallout of a growth promotion agenda that promotes lopsided development within one province should be obvious. The fact that voting patterns in northern and southern Punjab are also distinct, with a clear regional division across the two major political parties, only adds to the sense of unease that this regional disparity provokes amongst researchers, academics and policymakers. There is little room for mistakes here. 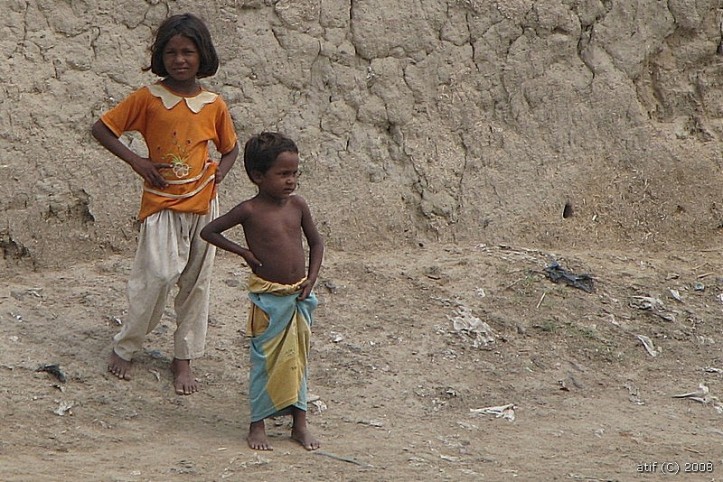